Harry Handelsman, owns one of the most envious real estate portfolios in London. Being the owner of Manhattan Loft Corporation, the St Pancras Renaissance Hotel is in his possession.

Since the opening of the Renaissance Hotel in 1873 until this day, the building in the heart of London functions as a mirror for the city’s life. It was a hotspot in the Victorian’s industrial era, then it ended up as an outpost for illegal raves during the 1980s. Now, on the post-pandemic living of the 21st Century, St Pancras Renaissance Hotel intends to mirror a new way of living, a new cultural manifestation, within the city of London.

Booking Office 1869 is the new restaurant and bar inaugurated in November 2021 on St Pancras Renaissance Hotel London. What’s so special about this haute couture eatery? The Booking Office 1869 is inside a Gothic Revival structure with elevated framed windows on arched breaches. Yet, the ceiling of the restaurant leads us back to the industrial area, with its warehouse-looking panels. These architectonic fixtures are as enigmatic as compelling. The interior with a unique glamour only highlights Harry Handelsman’s acute vision that Hugo Toro sculptured.

Trained in Austria, in the US, and in France, it is in Paris that the Franco-Mexican architect Hugo Toro settles his practice and evolves as an architect and interior designer.

Hugo Toro has endeavored to produce a narrative architecture for each project by integrating both the context and the constraints of each place. His portfolio includes restaurant design, such as Perruche, Grand Café Capucine and La Scène, private apartments, for instance, the Léopold apartment and the Turbigo apartment, as well as commercial and hospitality interior design projects.

In 2021, Hugo Toro designed the interior design of the Orient Express boutique at La Samaritaine, the restaurant Gigi de Ramatuelle and prepared the opening of Gigi Paris. Abroad, his most notorious project of 2021 is the Booking Office 1869 restaurant and bar at St Pancras Renaissance Hotel in London.

Real Estate developer and owner of the Manhattan Loft Corporation, Harry Handelsman is a man that makes beautiful, impactful buildings.

Born in Germany, raised in France and Belgium and educated in Canada, it was New York, and the artists he met in Manhattan, that inspired Harry to develop the concept of London loft-living. Upon moving to the capital, he found a property market in need of new ideas but blessed with great buildings. The tired façades of the capital’s old factories and warehouses hid the huge windows and high ceilings he was looking for.

Harry’s eye for scalable beauty and clockwork instinct for a postcode’s potential transformed these derelict structures in unloved locations into some of the most desirable destinations in London, such as Chiltern Firehouse, one of London’s oldest fire stations reborn as its most talked-about restaurant, bar and hotel, Manhattan Loft Gardens, an extraordinary tower of expansive living spaces, three sky gardens and a design hotel, Ealing Studios, a sprawling state-of-the-art hub, uniting the best of British film, TV, music, and technology under one iconic roof, and, of course, and the ‘too beautiful and too romantic to survive’ St Pancras Renaissance Hotel.

‘Too beautiful and too romantic to survive’ is the impression we get of St Pancras Renaissance Hotel on Kings Cross.

In the early 1990s, the Renaissance Hotel was a crumbling ruin in a desolate neighborhood of London. Once a crowning jewel of Victorian London, the hotel fell out of favor as it moved into the 20th century, largely because its rooms lacked basic structures, such as bathrooms. In 1997, Harry Handelsman embarked on a million-costly renovation project due to the need of preserving the historic elements of the space. About 500 art restorers hand-painted the fleur-de-lis and medieval manuscript illuminations that decorate the walls, while a team of architects and specialist contractors worked to outfit the space with modern amenities without disrupting original features.

When the hotel opened in 2011, it was a staggering achievement of architectural renovation and, perhaps most significantly, offered people a desirable place to spend time in rather than a site most people simply passed through. Nowadays, the once-forgotten neighborhood of Kings Cross pomps youth and creative energy.

Booking Office 1869 restaurant and bar inaugurated in November 2021, located in the former ticket office of St Pancras station, on the Renaissance Hotel. What’s so special about this haute couture eatery? Every aspect of its redesign has been masterminded by Hugo Toro.

The Franco-Mexican architect and interior designer has designed almost every aspect of the Booking Office 1869, from the chandeliers and the chairs to the upholstery fabrics and the minuscule strips of metal grating that skirt some of the booths. Hugo Toro worked on memory triggers – design elements that penetrate the mind of visitors, prioritizing emotion rather than looks.

The result of Hugo Toro’s work is an ultra-glamorous yet ultra-cozy space. A space to enjoy good food, to have a drink, a pleasing meeting, even a date. Despite the grandeur of the Art Nouveau style, Booking Office 1869 is about comfort. The curvy shapes steal the attention of visitors, giving back the feeling to stay involved by the timeless atmosphere. Even though the restaurant and bar at St Pancras Hotel is a new addition to the hospitality unit – and to the city of London -, it feels like it has always been there. 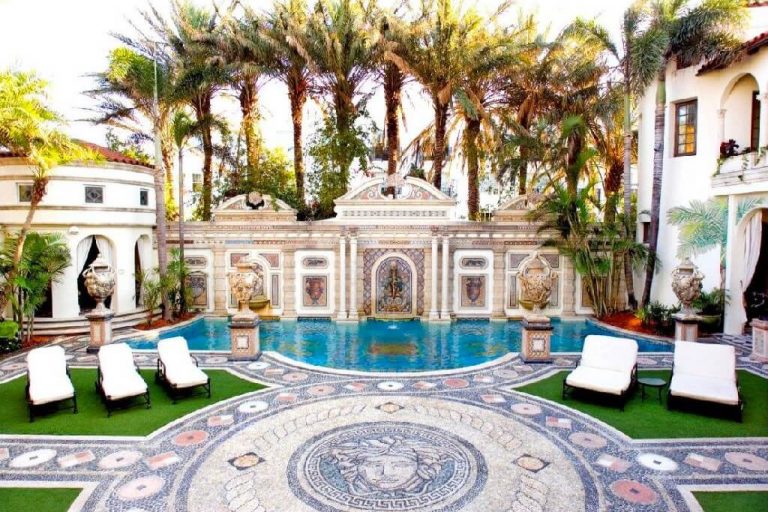 Following the ups and downs of celebrity homes is one of our favorite hobbies, and we are certainly no stranger to experiencing a peek... Read more 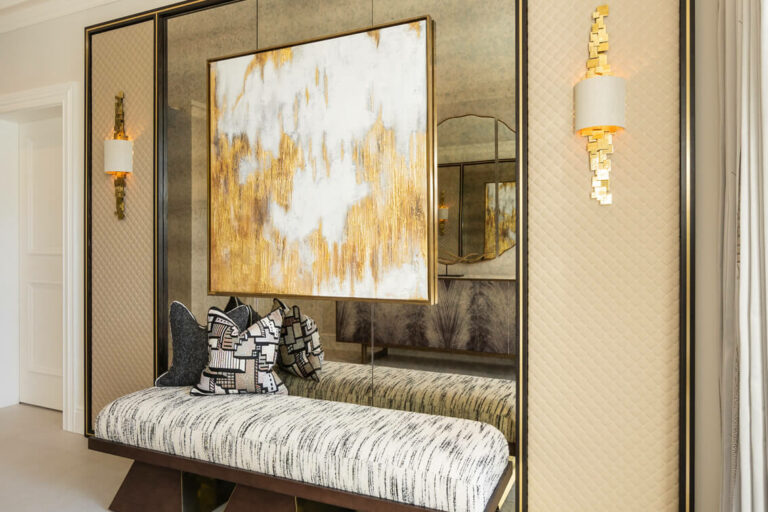 A dark door really does seem to add a touch of sophistication and class to any room.  Interior dark doors look good in... Read more 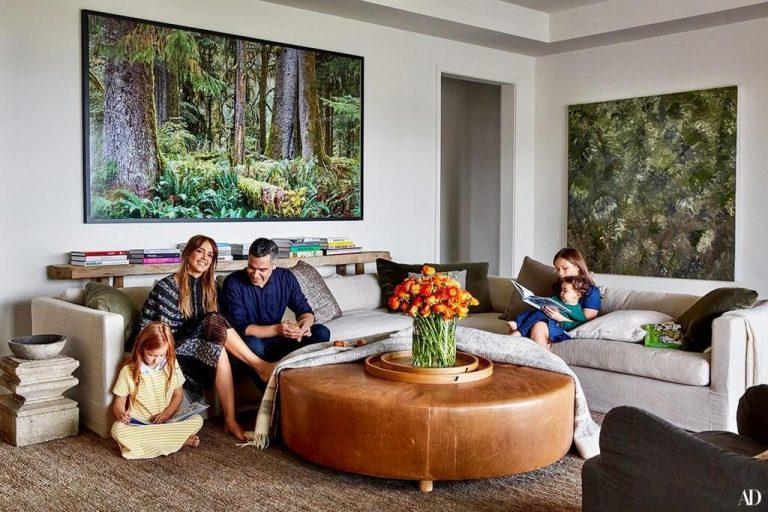 Clements Design has created a functional and elegant haven for Jessica Alba’s family, with everything the couple ever dreamed of having... Read more 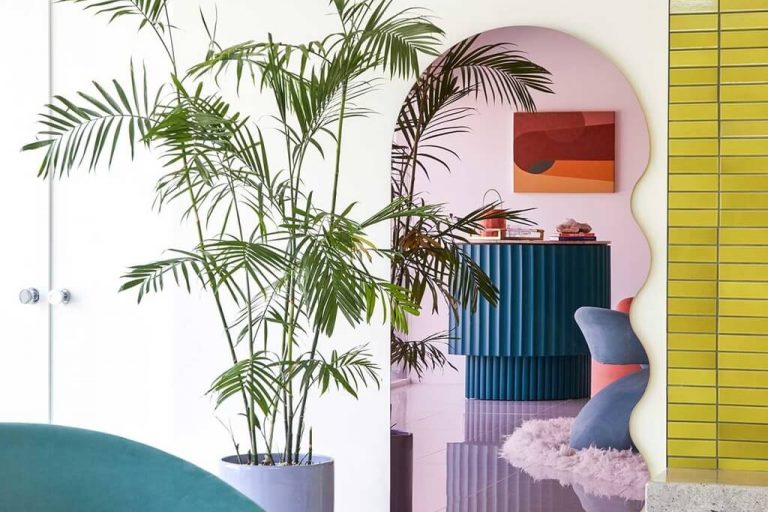 Marrow Midcentury is a Memphis and Maximalist home. Donald Wexler’s original design is now revamped by Bells + Whistles. And it a... Read more This tropical island Home Full of Luxury by Greg Natale completely goes out of the designer’s typical style. A metal lover, in this... Read more