For the owner of this 170-square-meter green apartment in Paris, the pair of designers, Stéphan Bidoux and Julien Villeneuve, become quite the winning team. They form an extremely complementary duo. The designers have been friends for more than a decade. Each has a firm of its own, but they prefer to join forces for more consequential commissions.

Bidoux adopts a detailed, rigorous approach, whereas Villeneuve has more exuberant leanings. They like pretty different things, and that brings more diversity to their projects.

Their client is a Belgian fashion consultant who was particularly attracted to the apartment. She previously owned a smaller flat just two streets away.

Located in a 17th-century building, the space itself was originally rather less attractive. The layout was utterly illogical. It was made up of what were originally three separate apartments, and it is pretty visible. There was a combination of different styles and feelings, and the floors were not on the same level.

There was also a claustrophobic walkway between the living area and the former kitchen. The walls, meanwhile, were painted in gaudy tones like burgundy, gold, pink, and violet. “It was terrible,” admits the owner. “However, the advantage was we had absolutely no hesitation in demolishing things.”

Indeed, the apartment was damaged. The only thing that remains is the load-bearing timber frame that separates the two halves of the living room. Otherwise, all the architectural detailing was added, most notably the wall paneling that nods to the traditional Haussmanian style.

The small terrace off one of the guest bedrooms was imagined as a miniature French-style garden with a plaster statue. The tiles in the guest bathrooms are intended to reference those of the Paris Métro, while the style for the main ensuite’s glass and steel wall was drawn from an Art Nouveau building on Rue Saint-Honoré.

The client also had several other particular requests. For example, she wanted a large sofa where the whole family could gather. Bidoux and Villeneuve responded with a curvaceous custom model inspired by furniture designs from the late ’60s. She also asked for a green kitchen, which led to an expressive Iranian granite in deep seaweed-esque tones.

The incorporation of bright hues in the green apartment was also a given. The client cannot live without color. “I have it in all my houses. Even on the gloomiest day, it brings you a burst of light.”, the client admits.

The starting point for much of the palette was the large painting in the living area. The one exception is the main suite, where more neutral tones were used.

When it came to the furnishings, the goal was to create a unique mix reflecting a specific taste. Additionally, they decided to create something a little unexpected. Simpler elements and more humble materials thus offset the decor’s more sophisticated touches.

There is, for instance, no formal dining table. Instead, meals are taken at the banquette in one corner of the kitchen. Tables and chairs in bamboo and rattan also help to add a more relaxed feel.

The client has a similarly uninhibited attitude to collecting art. “I have never acquired a work simply because the artist is well-known,” she states. “My approach is insightful rather than intellectual. I need to fall in love with a piece. Moreover, once I have bought it, I never want to let it go.”

We really hope you liked our celebrity homes article. Feel free to pin all the images to your favorite Pinterest board. Meanwhile, you can also visit our Pinterest boards to get more inspiration. 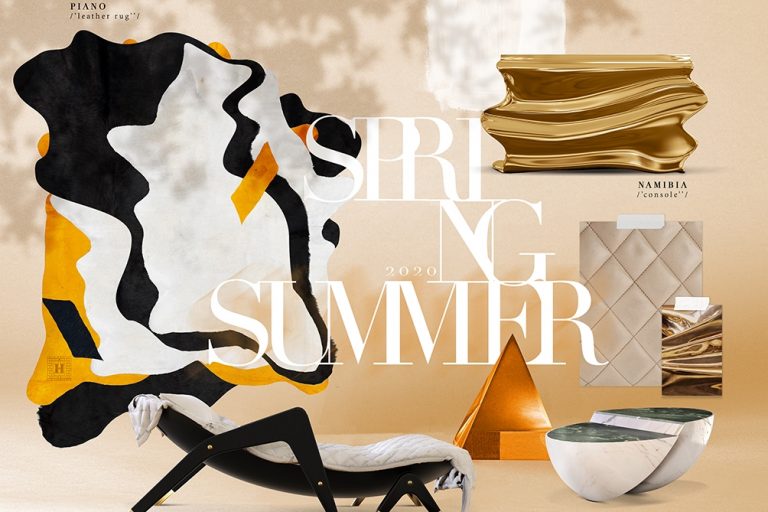 We see new emerging new home decor trends each season, that tempt us to update (or change entirely) our homes. At Hommés,... Read more The dreamy – and surreal – renovation of the historical The Colony Palm Beach Hotel was assigned to Kemble Interiors by the... Read more 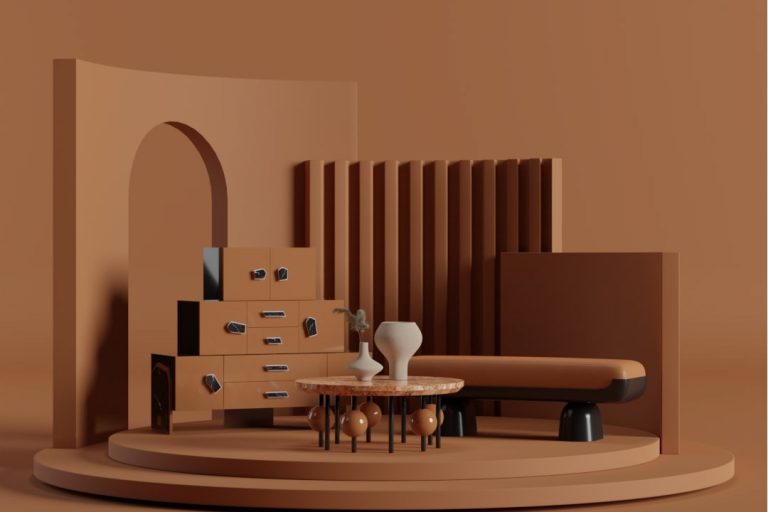 When Texas-based designer Lucinda Loya set out to transform a cold, corporate apartment in London for rising model Maya Henry, there was... Read more 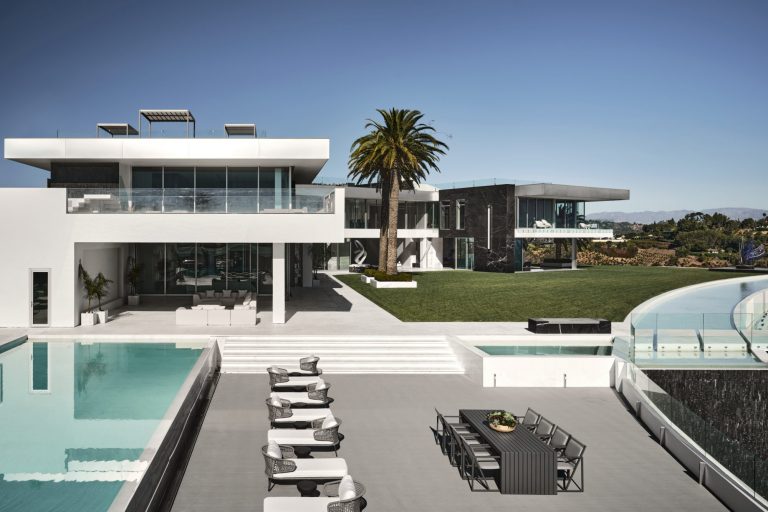 Behold ‘The One’ – a record-breaking Los Angeles House with 105,000 square feet of living space and, it seems, a nearly... Read more 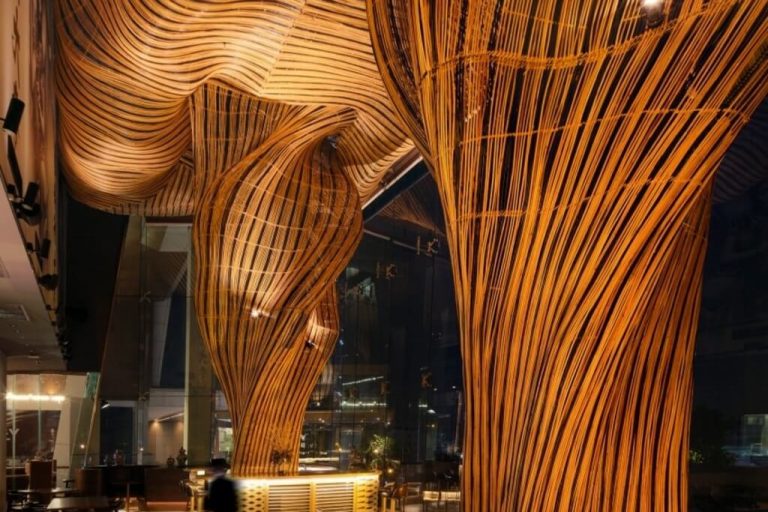