Cunietti, born in New York, had a major residential project in Ireland and recruited the Glasgow-born Carden to help her. After the project, which went very well, the designers decided to join forces and created CARDEN CUNIETTI in 1996.

Also, launched in 1996, the store gained a loyal following for its eclectic range of accessories. However, after 11 years, the way the designers combined old and new had been stolen by many other stores, and they decided to leave from retail.

For the designers, renovating a London home was a much less extraordinary task. Their clients had decided to move from a five-story house to a smaller house in Westminster. The house is light and welcoming on the outside. However, inside the house, all the period details had been removed by the previous owners.

The designers had one goal: to bring the house to life. Not just with a simple restoration, but by adding enough stunning elements to make it something like a jewelry box.

Carden admits that her customers are people who like to entertain, so the entrance to the house is not just an entrance. Instead, it is a space of celebration, of welcome.

The designers planned the floor in black and white marble, matching the ceiling’s plaster panel. If you barely notice the ceiling, blame it on the giant green glass chandelier. However, the most dramatic features of the room, which the clients already had from the old house, are the large glass panels by Cypriot artist Yorgos Papadopoulos.

The living room is close to the garden, so it has a relatively tranquil vibe and always feels light, even on a gray London day.

The unusually high wood of the baseboard contrasts with the white plaster of the wall. The fireplace is travertine and brass and adds much elegance to the space, along with the two blue armchairs.

Carden, for this project, wanted to do a red lacquer ceiling, and so he did, in his office. The matching painting, depicting a figure reclining on a red floor, is by William Kentridge. The custom sofa, covered in velvet, turns a corner, allowing those sitting on it to watch the television.

It is a reasonably long room with a lot of solid surfaces. The goal in this space was to soundproof it a bit, and they achieved that. They upholstered the tops of the walls in light blue linen. The sofa belongs to the owners’ old house but recovered in a red fabric.

The designers thickened the walls to allow the house’s bronze and flat glass doors to open proportionally. This way, it is possible to have large spaces without anything interrupting the passage. The dining table is by British furniture manufacturer Davidson.

The client loves to cook, so the kitchen needed to be practical and functional, and sociable. In this way, it was possible to create a breakfast nook to have a place for people to sit and hang out.

Everything in the bedroom is pretty neutral, to give a sense of calm and relaxation. Murano lighting and other vintage pieces give the space a soft and romantic feel.

At the clients’ request, the designers designed a hotel bathroom. Thus, they decided to use black and white marble to achieve a luxurious hotel feel.

The makeup table and mirror are custom made. The fabric of the stools is from C&C Milano, and the light fixtures are antiques.

The task was to make a space that was comfortable for studying but also a bit glamorous. The sliding mirror on the desk works well for makeup and hair and hides the more practical things stored on the shelves.

The client’s daughters are beautiful women, so the goal was a fun bathroom where they could get ready for their nights on the town. She achieved this by combining Art Deco motifs with colors and marble.

The house took about four months to design and 14 months to build. Throughout the spaces, there is a lot of detail work. The perfect place to be outstanding and bold, luxury benches can act in many ways. A glow up to any room the area at the end of the bed is... Read more 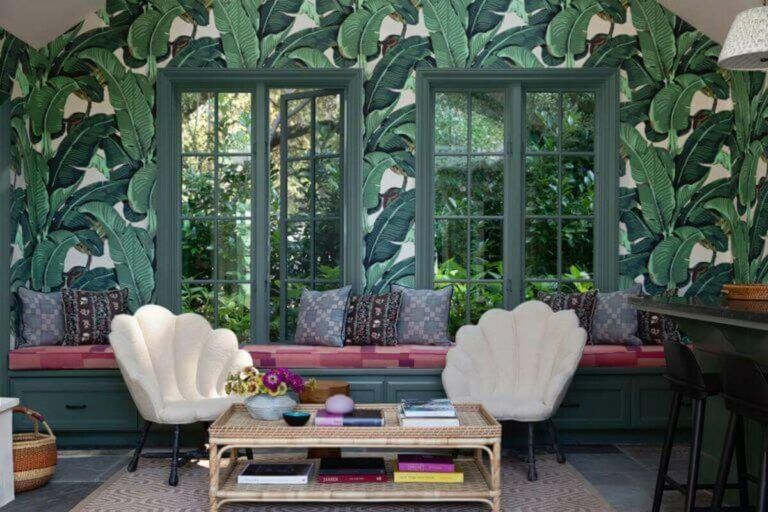 Chloe Warner designed a resort-style home that included a gym, a pool house, and a pickleball court in the 10,000-square-foot California... Read more With its heady use of color and vibrant design, this home designed by Studio Reutov Design is a celebration of life.“The abundance of... Read more Greenwich Home by the interior design Miles Redd it’s like a dream when we talk about home decor. Once you stepped into this place,... Read more 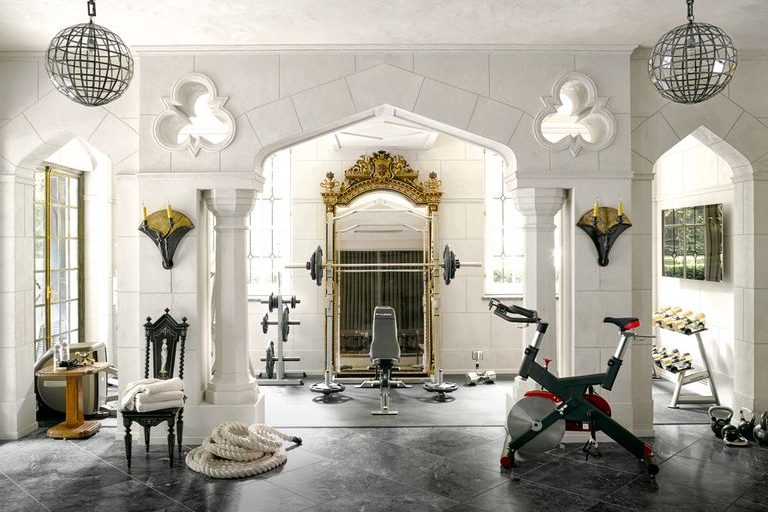 During these unlikely times, we see ourselves creating a home gym. Because some health clubs are closed, but also because that’s... Read more